Hydrogen water: could this be the relief for Colitis sufferers?

My friend and supplier Alex Tarnava never ceases to amaze me. He’s the guy who persisted when everyone else gave up to create the ultimate molecular hydrogen tablet.

Just drop one tablet in a glass of water and you have more H2 than in a glass from a $6000 electric water ionizer.

Our hydrogen tablets that we source from Alex are the one supplement I never miss having daily. Yes, like most households, our kitchen cupboard has a pile of half empty ‘good idea’ supplements we’ve tried over the years to no discernable effect. That’s my own evidence that of all the many supplements Cassie and I have tried, this one is a ‘stayer’.

It’s not that H2 actually shows itself in the form of a particular ‘fix’ of a particular problem. It’s more about the myriad ways we are learned it helps our whole metabolism operate to peak efficiency. (over 1400 scientific studies readable here)

And on those rare occasions I haven’t been taking my daily dose.. well, let’s just say I prefer the hydrogen charged life! I CAN tell the difference. It’s like premium petrol in your car vs. standard.

It’s a strange thing that we see so often with our clients: they actually do have improved health but forget their improvements. It’s as if their mind just resets to where it was before. I do often wonder just how much of health is the mind rather than the body. But it’s been about 3 years since we added a daily hydrogen tablet to our hydrogen rich purified alkaline water from our Ultrastream.. and I am totally convinced, that at age 74, I have been given the gift of a full, vital life.

My dear sister, who is 82, is visiting us at the moment. She was diagnosed with lung cancer two years ago and I gave her a hydrogen inhaler. She’s been very trusting of me, using it religiously every day. When she arrived here last week, she made the announcement:
”My lung is clear. The cancer has gone!”

But lung cancer has been a latecomer in her health journey. She suffered colitis from a very early adulthood, developing into Crohn`s Disease.. and a life of pain. First it was sulfasalazine, of late, when she has the feeling the Chrohn’s is coming back, it’s cortisone.

She’s not alone; many, many people, particularly women suffer from this debilitating disease.

And that’s why I was excited to hear from Alex that he participated in a mouse study where mice with colitis given hydrogen water responded as well as the usual treatment of Sulfasalazine. The study reported equal benefit as the Sulfa treatment, plus a synergistic effect when both were administered – H2 water and sulfasalazine.

Alex asked me to pass on that this is an initial animal study and as such he can’t say that it will work in humans. That would take a great deal more comprehensive testing.

But.. we aren’t talking about a prescription drug. We are talking about a simple magnesium-based tablet that when in contact with tap water, creates hydrogen and infuses it in the water. It’s available now. So I have to assume that some people will take it upon themselves to try it out, especially when we’ve never seen any side effects of using the H2 tablets. 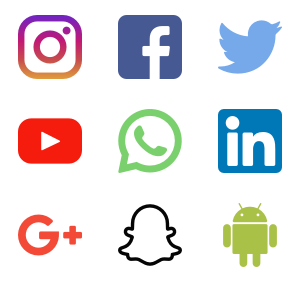